Top Posts
Worship with Gladys Livestream @ 6pm TODAY!
What 2019 Taught Me About God
Next Level
Grace Resets
God’s not done with YOU yet!
Trust, Your Place of Rest
Leaps and Bounds
God’s Grace in Motion

While my mom gave me a love of books, my dad gave the love of music.  I remember waking up on weekends to the sound of music playing.  There was always music and laughter.

I have been leading worship for many years but it was not until 2015 that I began to hunger for something more.  The 20 minutes on Sundays, leading or doing backup vocals was not satisfying anymore.

So, I began longing for a deeper connection in worship and desired an intimate encounter with God; I was that hungry and thirsty.

I began to search for other worship leaders and other singers who were already operating on the level where I wanted to be.  And I discovered many; Benita Washington, Tasha Cobbs Leonard, Casey J, Anita Wilson, Kim Walker Smith, Kari Jobe, Jenn Johnson and one of my personal favorites – Steffany Gretzinger and I hit gold!

These women blew my mind!  If I had to say how each of these women touched my life, I do not think I could finish this post. The one thing all these women have in common is passion for God!  There is a rawness to all of them!  You hear them sing and you feel God, I do not know how to explain it other than to pray that you encounter God through worship if you have not already.

In 2015, on the weekend of our ACTIVATE Prophetic Conference at my home church, Agape House of Worship; the guest speaker Jamie Halloway spoke into my life.  I will never forget it because one of the things he had said was that I would no longer be like a caged animal/restless and that there was a new sound coming out of me.

After that, I began to see God quench that thirst.  I became even more aware of Him, of what it was like to stay at His feet in worship and hear Him speak to me.

The year 2018 was a turning point for me because God caused several opportunities in which I was able to feature in and collaborate with some of my friends; another thing that Jamie had also said as he spoke over me that day.

It was in that same 2018 that I was in a concert with one of my brothers; Thobbie that the seed for Unrestrained Worship concert was sown and here we are today. Also in that space of time, I have written several songs, two of which will be released on June 1 and which I believe perfectly sums up the last 4 years of my life.

Moreover, through all of this, I came up with the tag ‘blind surrender’ because I realize that God does not change His mind about us but His methods may and can change. In addition, if that happens, it does not mean that He does not love us.  I recognize more than anything, my journey here was a process He had to bring me through.

I did a Song written by Jenn Johnson of Bethel, titled ‘The Goodness of God’ and that song really resonates with me because of the line in it that says that the goodness of God is running after me.  As I enter this new season of ministry, I can categorically say that!  I can boast of the goodness of God!

In worship this past Sunday, I broke down in tears after realizing that God waited for me to figure out and come to terms with what He has entrusted me with.  I could have died without fulfilling purpose!

Looking back at the last 10 months, I can unapologetically say that it has indeed been one of blind surrender.  That is because prior to that, I was all shades of confused.  I did not know what direction I was going in whether career or otherwise.

I have spent most of my life, at least here in the US trying to make sense of what my purpose is that I kept on getting degrees but that did not fix the emptiness that I felt.  It only tried to make me find other ways to keep myself busy with activities that were of no benefit to me in any way.

When you listen to the songs I am releasing on June 1st, you will understand better what I mean.  The two songs ‘All My Praise’ and ‘Yes’ both sum up my life. I have come from a place of timidity and fear to that of blind surrender because I see where God has brought me from, where I am and where He is taking me and I am beyond grateful that He thinks I am worthy.

The one thing that discovering purpose has shown me; is to not get frustrated when things do not go your way, God did not change His mind about you.  It does not mean God is not for you or that He is against you.  It just means to fulfill purpose; you have to go to the one who will reveal it to you.

I am going to leave you with this scripture from Mathew 6:33; it says to seek first the kingdom of God and all other things will be added to you. Once you discover your purpose and you begin to walk in it, everything that you need to fulfill it comes with it.

Enjoy these two songs – Goodness of God as covered by Tasha Cobbs Leonard and Lost for Words by Victoria Tunde.

Worship leader, lover of God. I believe strongly that every experience in worship should be deeper than the one before.

God’s not done with YOU yet!

Trust, Your Place of Rest

Worship leader, lover of God. Gladys believes strongly that every experience in worship should be deeper than the one before.

Is CBD for you? Order below! 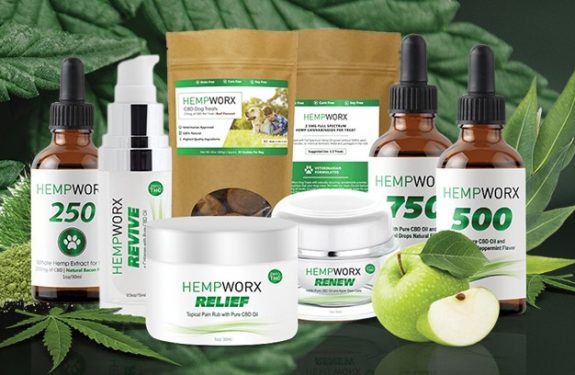 Worship is a powerful way to refuel our heart. In the storm, it is what brings us peace. In the fire, it is our hope and in the wilderness, our anchor. It basically reminds us of who God is; what He has done and what He can and will do. It is our safe place; where we find answers, wisdom, strength and comfort. I personally love that I find balance most of all at the feet of Jesus in worship.